Written by Anton Iokov
Updated over a week ago

In Fibery, you give users and groups certain access to each Space:

By default, new Spaces are visible to Admins only.

Share a Space to make it visible to others: 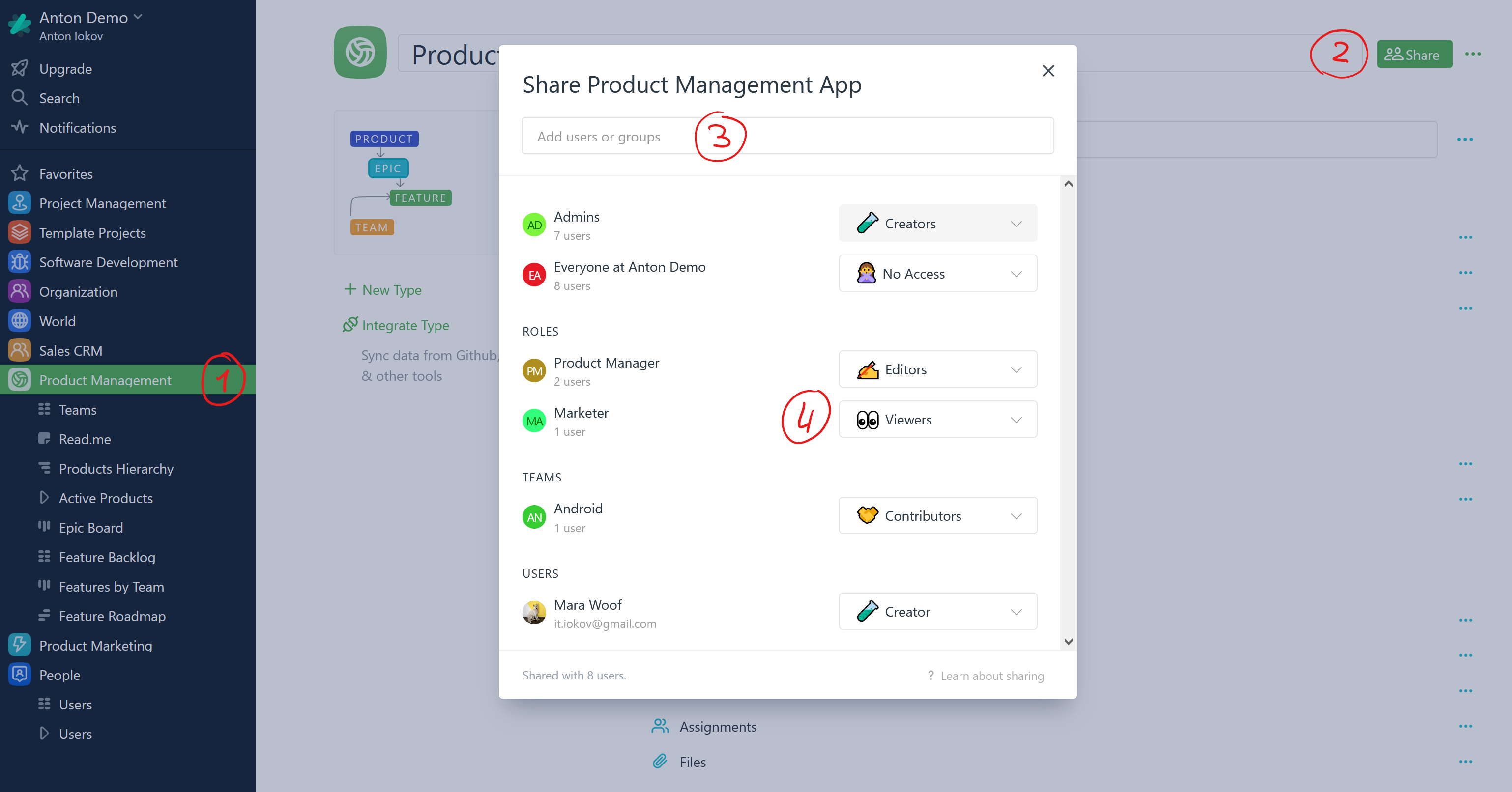 Admins are always Creators in all Spaces: otherwise, it's hard to create a truly connected Workspace.

Note that users with any access to a Space can see all the Views and Entities in that Space. Access level specifies the users' ability to edit and configure stuff.

Noted: Documents are treated as Views in terms of permissions.

If you are on our Standard plan with a lot of users, managing access to each Space for each person individually is a nightmare. Here's where the Groups come in handy.

Unlike most work management software, Fibery doesn't have standalone permission groups. Instead, we give extra power to existing Databases that organize Users.

How to create a Group?

Entities of any Database that has a to-many relation to User Database (ex. Team, Role, Squad, Tribe, etc.) can be used as Groups. Switch a toggle on the corresponding relation to make it happen: 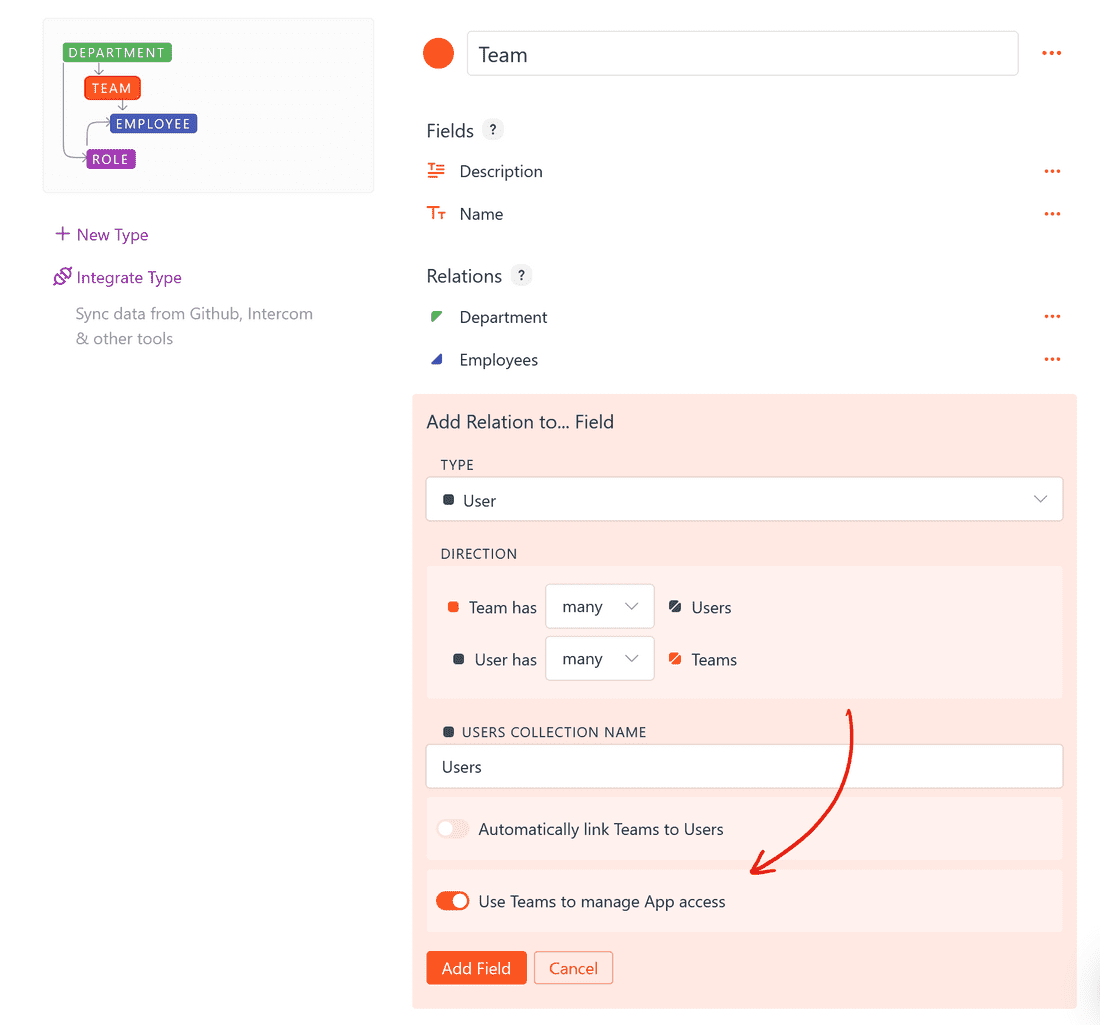 Once the toggle is on, Creators are free to give any Team/Squad/Tribe/... access to their Spaces: 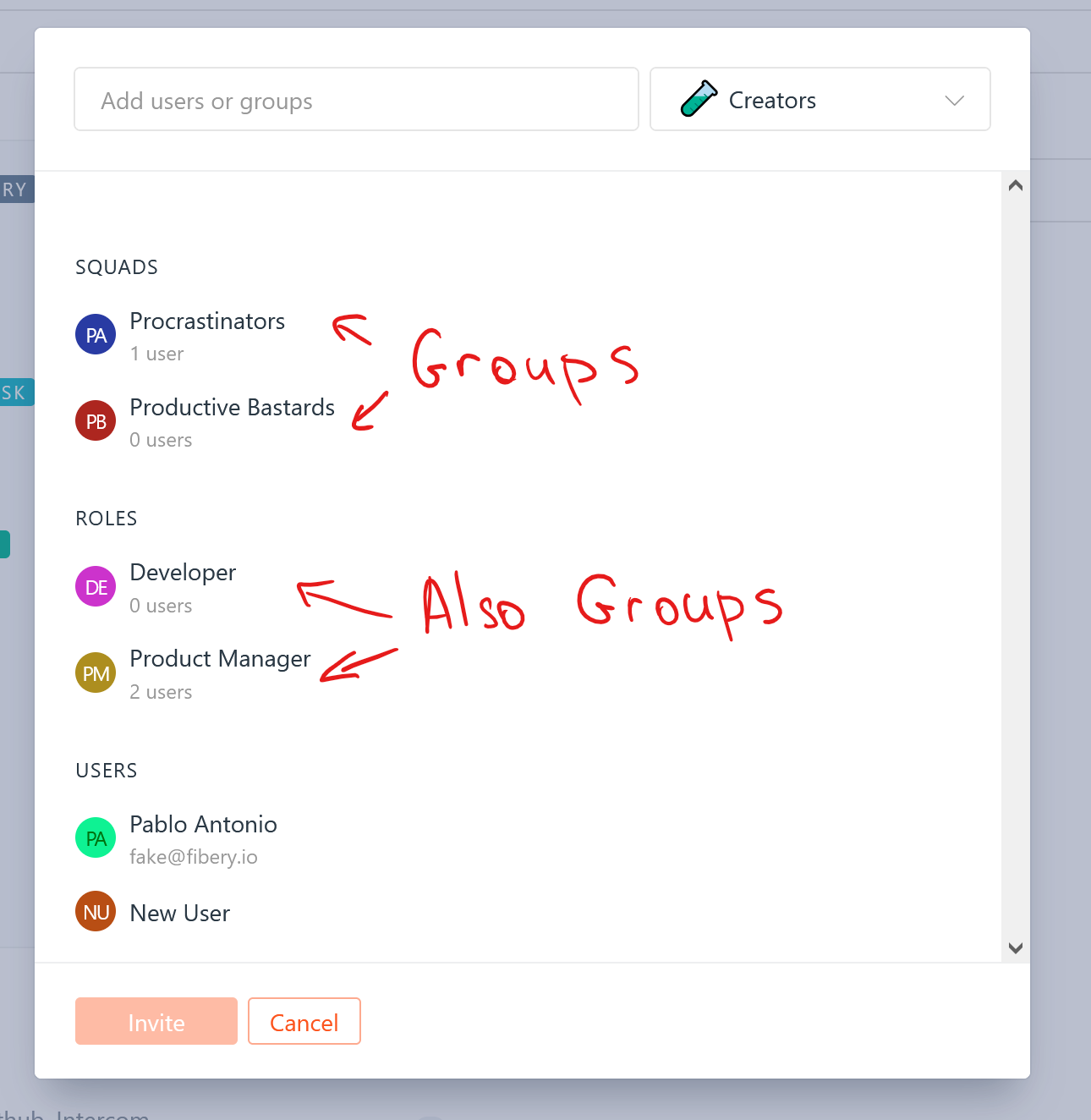 You are free to organize Users using different kinds of Groups simultaneously. The most common example is by Team and by Role (Squad + Tribe).

How to assign a User to a Group?

There is no special UI for distributing Users across Groups — simply use familiar Tables and Boards or even Users profiles:

What are default Groups?

In what paid plan Group permissions are available?

Group permissions are available in the Pro plan only. Check Fibery Pricing page.

What if a User has access to a Space via multiple Groups?

We take the maximum access level. Here is an example:

Alex is a Developer in Team Sharks.

Is there any Group inheritance (ex. Department → Group)?

Not at the moment — at least, not out of the box.

Please ping us via Intercom if that's what you are looking for. Most likely, we'll build an ad-hoc solution. Most certainly, the priority of the out-of-the-box inheritance will go up.

On a View with Databases from multiple Spaces, what a User will see?

The User will only see the Entities of Databases that are part of the Spaces they have access to.